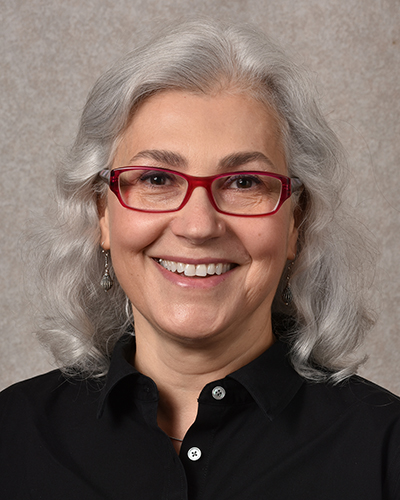 Lynne V. Abruzzo, M.D., Ph.D., is a Professor in the Clinical Pathology Branch and Co-Director of the Cytogenetics Laboratory. She earned her Ph.D. in Pathology in 1984 and her M.D. degree in 1986 from The University of Chicago. She completed a residency in Anatomic and Clinical Pathology in 1990 at The University of Michigan and a fellowship in Hematopathology at the National Cancer Institute, National Institutes of Health in 1991. She also completed a fellowship in Clinical Cytogenetics at the Baylor College of Medicine in 2006. Dr. Abruzzo is board certified by the American Board of Pathology in Anatomic and Clinical Pathology, and in Hematology. She is also board certified by the American Board of Medical Genetics in Clinical Cytogenetics. Her research focuses on the genetics and pathogenesis of chronic lymphocytic leukemia (CLL) and other low-grade B-cell leukemias and lymphomas. In particular, she uses classical cytogenetic and newer genomic technologies to identify prognostic markers in CLL, and to determine how to combine newly discovered and existing prognostic markers to produce signatures that are clinically relevant to the management and treatment of patients with CLL.

American Board of Pathology, Anatomic and Clinical Pathology

American Board of Pathology, Hematology