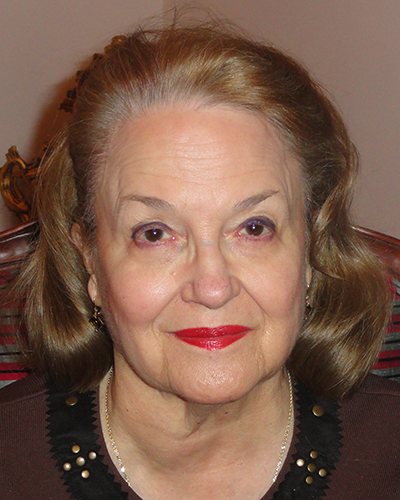 Leona W. Ayers, MD is an Academy Professor of the Emeritus Academy at the Ohio State University and serves the Department of Pathology in the Experimental Pathology Branch. Dr. Ayers has interest in the pathology of infectious diseases and recently a focused interest in infectious agents, malignancy and translational research. Early in her career she served as Director of Clinical Microbiology, interim Director of Clinical Cytology and Medical Director of Hospital Epidemiology. During this time she was member of a national consortium to study new antibiotics as well as Interim Medical Director of the Ohio Public Health Laboratories. For the last 24 years she has been funded by National Cancer Institute (NCI/NIH). As Principle Investigator (PI) of the Mid-region AIDS and Cancer Specimen Resource (ACSR/NCI 1995-2015), she organized and implemented the Sub-Saharan Africa Lymphoma Consortium (SSALC) with pathologist participants from East Africa (Uganda, Kenya), West Africa (Nigeria), South Africa (Johannesburg, Cape Town) and Europe (London). Dr. Ayers served as a leader in the first NCI workshop in India on Research Methodologies for the study of HIV/AIDS associated malignancies. She was PI Cooperative Human Tissue Network (CHTN MWD/NCI 2010-2019) where she promoted biospecimen science including the procurement of human tissues and biospecimens for translational research by the Ohio State University Research Enterprise and the Midwestern region and the US and Canada. Dr. Ayers is a member of The Ohio State University Comprehensive Cancer Center (CCC), a Physician Scholar of Wexner Medical Staff and was honored as an Outstanding Microbiologist in 1982, awarded the Earline Kutscher Memorial Lectureship in 1991, selected as Foundation Lecturer for the National Foundation for Microbiology Lectures Program for 1998-2000 and elected to the OSU Emeritus Academy in 2014 and 2019. Over her career she has been an invited speaker for 256 presentations at regional, national and international meetings and workshops in 9 different countries, presented/published 261 abstracts/posters with colleagues at national and international meetings, 120 peer-reviewed journal articles and 20 book chapters, blogs and symposia proceedings. She has held membership with the College of American Pathologist (CAP), American Association of Clinical Pathologists (ASCP), International Society Biological and Environmental Repositories (ISBER) and the United States and Canadian Academy of Pathology (USCAP).

Anatomic and Clinical Pathology, American Board of Pathology