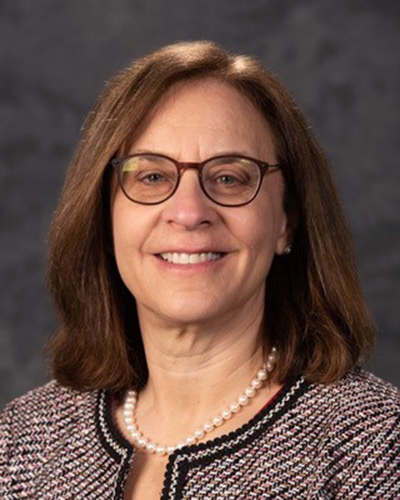 Dr. Frankel’s responsibilities at OSUWMC, in addition to her leadership roles, include clinical service on the GI pathology division and teaching residents and fellows. Her primary area of research interest is colorectal carcinoma where she has worked since 1998 in the area of colon cancer genetics. She was part of the team that carried out the Columbus-area HNPCC study to determine the prevalence of Lynch syndrome among all newly diagnosed colorectal and endometrial cancer patients. The results of this study and subsequent publications appear to be changing the standard of care for colorectal cancer patients in the United States and world as many institutions and some entire countries have now adopted our recommendations to screen these patients for Lynch syndrome using immunohistochemistry staining for the four mismatch repair genes. She is currently part of the team of researchers involved in the Ohio Colorectal Cancer Prevention Initiative (OCCPI).

She is active in national and international organizations such as United States and Canadian Academy of Pathology (USCAP). She has served in several leadership roles for USCAP including the Education Committee, Board of Directors, Executive Board, Treasurer and now President. In addition, she is a past president of the Rodger C. Haggitt Gastrointestinal Pathology Society. She is the GI Pathology Cadre leader for Alliance for Clinical Trials and Oncology, formerly known as, CALGB. In addition she has published greater than 220 papers, multiple chapters, and given numerous national and international lectures focusing on GI pathology. She has been involved in multiple grants, won many teaching awards and recently received the OSU COM Mazzaferri-Ellison Society of Master Clinicians award.

Diplomate of the National Board of Medical Examiners

Diplomate of the American Board of Pathology; Certification in Combined Anatomic and Clinical Pathology

1989-1993 Residency and Research Fellow, Department of Surgery, Hospital of the University of Pennsylvania

1988-1989 Internship, Department of Surgery, Hospital of the University of Pennsylvania