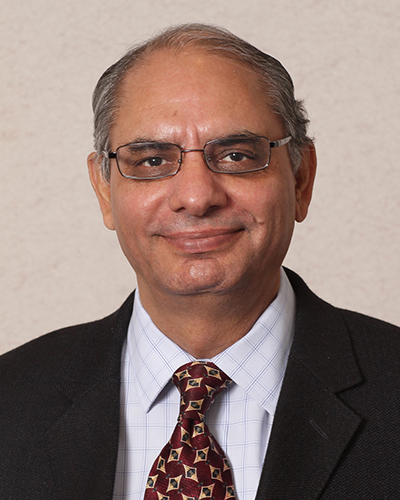 The major focus of my laboratory is to elucidate mechanisms that regulate tumor growth and metastasis. We are also developing immune-based therapies against solid tumors. In my earlier publications, I developed a strategy for the production of small, soluble, single-chain T-cell receptors (scTCR) fragment that carry an intact TCR antigen combining site. I have shown that the soluble proteins have antigen-binding properties equivalent to those of intact TCR. These results demonstrated the feasibility of obtaining TCR fragments endowed with antigen-combining properties by protein engineering in E- Coli. Further taking advantage of scTCR methodology, I have identified putative antigen-containing residues in the antigen-combining site of TCR molecule. I have shown that the antibodies in TCR are similar both in their overall architecture and in the chemical details of specific antigen recognition. I have also identified novel components such as RAFTK downstream of TCR signaling pathways. I have shown that RAFTK participates in TCR signaling and may act to link signals from the cell surface to the cytoskeleton and thereby affect the host immune response. I have also analyzed the role of membrane tyrosine phosphatase CD45 which regulates antigen receptor signaling in CXCR4-mediated chemotaxis and mitogen-activated protein kinase (MAPK) activation in T cells. I have shown that CD45 differentially regulates CXCR4-mediated chemotactic activity and MAPK activation by modulating the activities of focal addition components and the downstream effectors of the TCR. I have also identified novel signaling pathways that regulate tumor growth, chemo-invasion and metastasis of tumor cells especially breast cancer. I was the first to identify chemokine receptor CXCR4-inducing signaling circuits that regulate breast cancer cell mortality and invasion. I have discovered several novel biomarkers and signaling molecules that regulate growth and metastasis of triple-negative breast cancer (TNBC) including fatty acid binding protein 5 and TRPV2. My laboratory has also generated novel transgenic and knockout mouse models to understand mechanisms that regulate breast tumor growth and metastasis especially the role of tumor microenvironment. I have identified distinct signaling pathways that mediate cell growth, migration and transcriptional activation. I have also analyzed the role of tumor stroma in modulating tumor growth and metastasis and shown that interaction between epithelial cells and cells present in tumor microenvironment especially tumor associated macrophages play an important role in regulating growth and metastasis in breast cancer. I have analyzed the role of pro-inflammatory molecules such as receptor for advanced glycosylation end product (RAGE) and S100A7 in breast growth and metastasis. I also employed a powerful new model system to demonstrate that S100A7 enhances breast tumor growth and metastasis by activating pro-inflammatory and metastatic pathways. I have also analyzed the tumor suppressive effects of anti-inflammatory molecules Slit-2. Slit-2 has been shown to bind to ROBO receptors. I have elucidated Slit-2 mediated mechanisms that regulate inflammation tumor growth and metastasis in Breast Cancer. My laboratory is also identifying small molecular weight anti-inflammatory molecules that has potential to be used as drugs to block breast and lung cancer growth and metastasis. In this regard, I have shown that small molecular weight synthetic cannabinoids that binds to cannabinoid receptors CB1/CB2 inhibits lung and breast tumor growth and metastasis through novel signaling mechanisms. In addition, I have shown that cannabidiol, non-psychotropic cannabinoid compound inhibits breast tumor growth through novel mechanisms by inhibiting EGF/EGFR signaling and modulating the tumor microenvironment. I have been NIH funded continually for the last 22 years and have also received funding from Department of Defense and private foundations. I have mentored several graduate students, postdoctoral fellows, undergraduate, high school and medical students. As a PI or Co-I, I have successfully collaborated with other researchers and produced several peer review publications from each project.